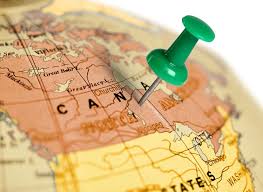 The Need for Augmentation of Immigration to Alberta, Canada

John McCallum, the minister of immigration addressed a news conference on Wednesday, August 17, 2016 in Vancouver where he discussed about immigration boost coming to Atlantic Canada.

“Canada is an aging country, so we are in need of new blood because Canadians aren’t having enough babies and so the labor force growth depends very much on the entrance of immigrants,” he said. Conforming to what McCallum said, the Canadian federation of Independent businesses said that there are still many rural businesses in Alberta that are searching for workers in highly-skilled or semi-skilled trades.

The major issue is that there’s a big misalliance between the people that have been looking for work and positions that are vacant. More than half of the immigrants have an inclination towards settling in major cities of Canada like Vancouver, Montreal and Toronto.  Therefore, the immigration experts like McCallum and others find an urge to search ways to induce immigrants to go where they are most required. In order to make this possible, a meat packing plant in Alberta provided its immigrant workers with free English classes after they completed their shifts.

According to McCallum, the best way to induce immigrants to small towns is by offering them some benefits and developing mechanisms to welcome and retain them.

According to McGowan, “Now might not be the time”.