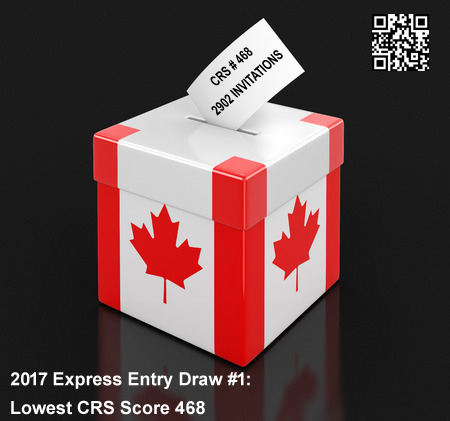 Express Entry Draw: Invitation reach the Pinnacle while Scores fall to the Plinth

2902 Invitations to Apply (ITA) have been rolled out by Canadian authorities under Express Entry Draw. The invitations were issued on January 4, 2017 to all the candidates who have received a minimum of 468 points. Candidates need to apply within 90 days from the date of receiving the invitation. The application will be analyzed by Immigration, Refugee and Citizenship Canada (IRCC) and the ones who qualify will be able gain a permanent residency in Canada.

Despite the recent changes in the scoring process of CRS, the lowest score has been recorded since February, 2016. Score awarded to candidates with a job offer was reduced from 600 to 200. “In addition, we are seeing larger draws than ever. Combined with the recent changes, this has had the effect of the point threshold decreasing,”