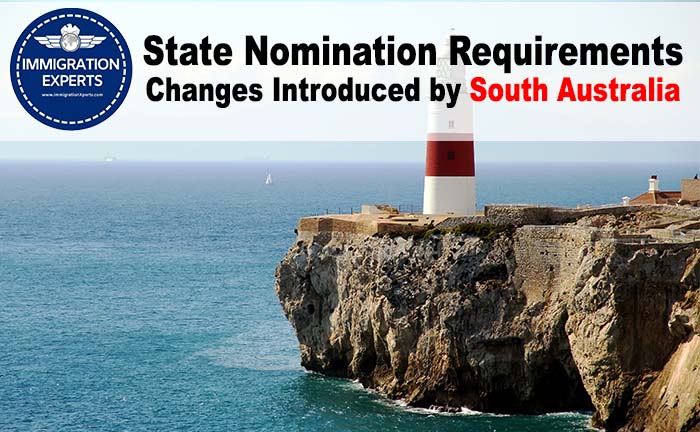 Along with the launch of the Skilled Work Regional (Provisional) Subclass 491 Visa and the introduction of some relevant changes in the general Skilled Migration (GSM) points test, the Immigration South Australia has recently updated the state nomination requirements and also some additional eligibility requirements within the State Nominated Occupation Lists.

Each one of these changes are described as follows:

1) Changes in the points requirements under specific occupations and categories

The remaining occupations are listed under Provisional 491 visa only and 190 nominations are issued to applicant under some specific circumstances only and eligibility criteria described below applies to all those applicants that are willing to apply for the nomination of 190 visa.   Since only limited number of places are available for permanent 190 visa, few additional eligibility criteria will now be applicable. To be eligible to get nomination for permanent 190 visa, applicant is required to meet one of the many eligibility criteria described as follows and all of the important requirements applicable for the relevant category:   You should –

3) Application fee change for all applications submitted towards state nomination

There has been a total of 10 percent increase in the application fee for all state nomination applications for South Australia. This fee increase applies to all those applications that are submitted from December 4, 2019.

Contact Immigration Experts for FREE Points-Based Assessment of your profile: