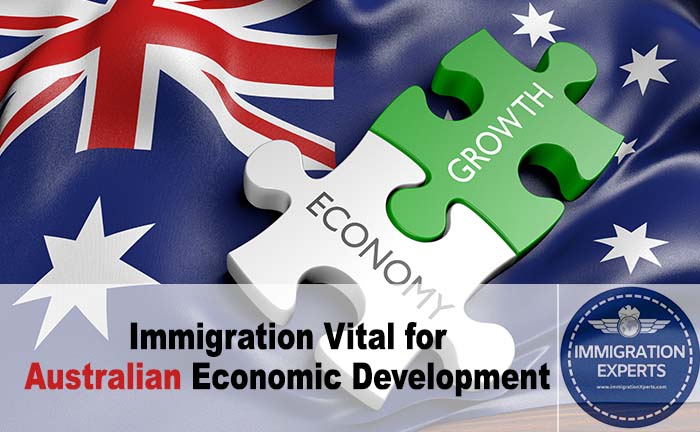 New findings reported by the Australian Bureau of Statistics (ABS) has yet again proved that skilled immigrants are continuously making an important contribution to the economic growth of Australia. This has been revealed from the statistics that demonstrate that the median employee income when evaluated for migrant taxpayers has slightly increased from AUD 49,438 (2016-17) to AUD 49,412 when assessed for the current financial year. The median employee income when checked for that of skilled migrants was equivalent to AUD 59,304 for last year. This particular income is way too much higher when compared with that of median income of that all native Australians.

Its clearly evident from the data above that the overall financial contribution being made by the immigrants is indeed crucial for whole of Australia as migrants are also paying a significant sum of their income towards the annual tax. These numbers also bust certain myths that spread rumor on migrants acting as a drain for country’s economy and other services offered by the government.

The Department of Home Affairs of Australia (DHA) has all plans to invite more than 5000 high-skilled immigrants via its newly launched Global Talent Independent Program. The Australian Government is expecting that this particular initiative would support the economic growth of the country. Further, as part of efforts made by the government to retain qualified workers that are coming to the country, Australia has announced that it will extend the post-study work visa of those international students that are enrolled in regional campuses across the country. Another major move in the same direction is that of making the Global Talent Employer Sponsored immigration stream permanent.

In addition to this, Australia has adopted several other important steps to promote migration in the regional parts of the country. The DHA has all plans to increase the total number of visas to skilled workers who intent to migrate to these regions of the country. Migrants who are planning to reside in regions that are situated outside of Sydney, Brisbane and Melbourne will be given access of priority processing. Also, international university graduates that are living in these areas will be eligible to apply for a post-study work visa of longer duration than it was before.   Make your Australian Immigration dreams come true with Immigration Experts.

The Immigration Consultants at Immigration Experts will give you a detailed plan towards achieving your immigration goals by doing a points-based assessment of your profile and thus suggesting you the best visa type to migrate to Australia.

With a range of visa options available to choose from, this is the best time to apply for the Australian Immigration.   Contact Immigration Experts for FREE Points-Based Assessment of your profile:

Drop us an email at: info@immigrationxperts.com Give us a call at: +91-8448450100 Achieve your Immigration dreams with Immigration Experts.