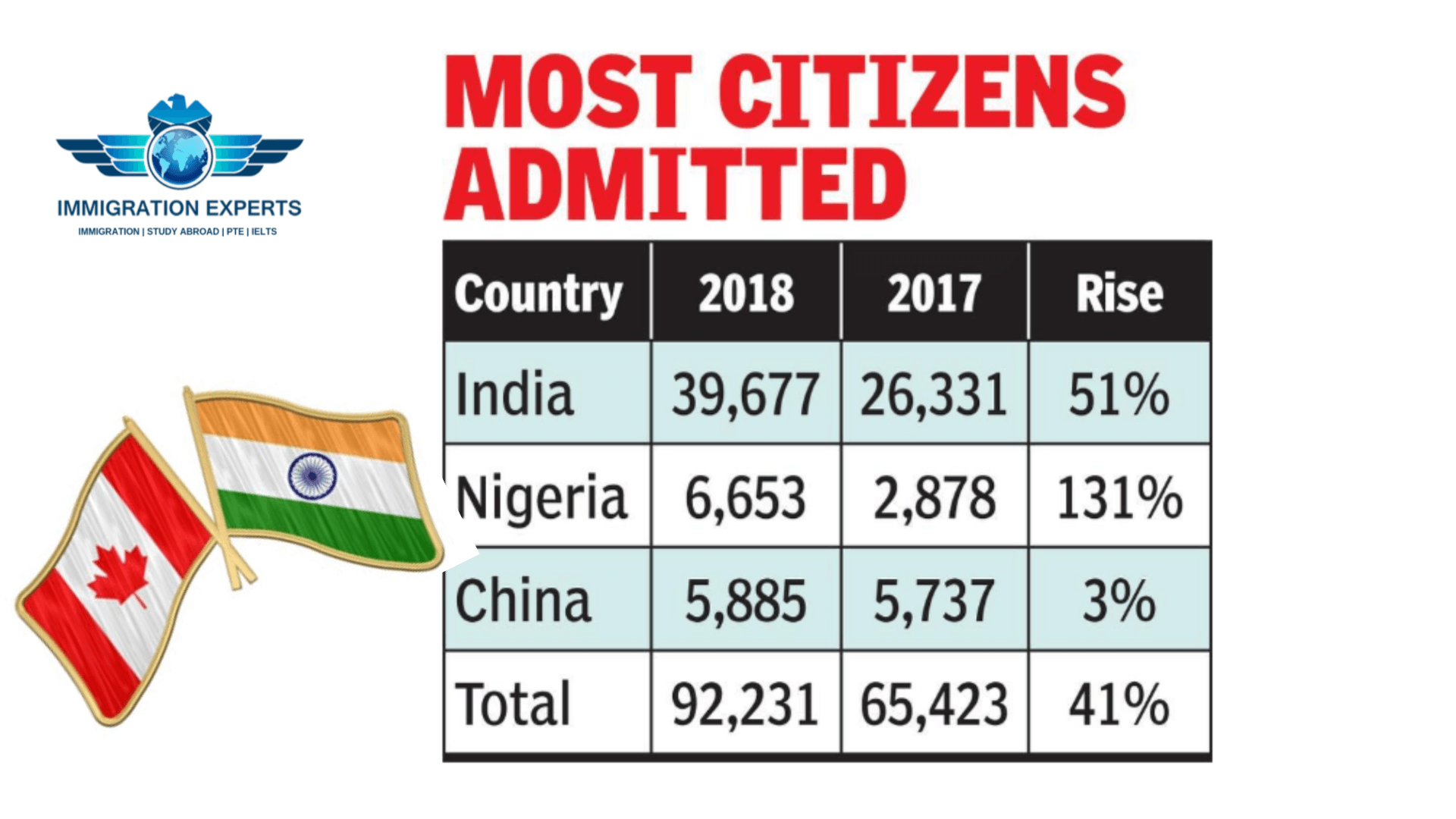 Indians obtained Highest number of PR status in Canada in 2018

The Trump Government's policy of limiting the entry of Indians into the United States by restricting the once-popular H1-B visas, Liberal-led Canada working overtime to induce Indians, especially Punjabis, in a country where the aging population needs to be educated workforce in the years to come.   The phenomenon was evident from the Immigration Division data that 39,500 Indian citizens were admitted to Canada in 2018 only through its express entry system.   These 39,500 Indian citizens have all obtained permanent resident status in the maple country. This was a huge 51% increase over the Indian entry into Canada in 2017 as permanent residents.   The Immigration Division conducted admissibility hearings for certain categories of persons considered to be inadmissible or who may be removed from Canada under the law.   It also conducts detention reviews for persons detained under the Immigration and Refugee Protection Act.   Express entry allowed citizens of different countries to enter Canada by invitation. More than half of those granted permanent resident status in Canada are from India.   In 2018, the Liberal government granted permanent residence to 92,000 people from different countries.   46% of the invitations were sent to Indian citizens (many of whom were from Punjab), indicating that the Trudeau government trusts Indians more than other countries because of their hard work.   The invitations to the Indians exceeded those granted to the Chinese and Nigerians.   If that were not enough, a large number of Indians working in the United States, sources said, emigrated to Canada because of the tightening of the standards of residence in the United States after Donald Trump took office.   The Indians were already struggling to obtain H1-B visas and faced problems such as green logbooks.   The United States' proposed ban on H1-B women not being able to work was helping to divert the flow of Indians to Canada.   As part of its long-term "talent reduction" program, Canada has launched a number of lucrative immigration programs that are suitable for different people.   The Global Skill Strategy was launched to attract innovative businesses, help thousands of businesses and help 40,000 people with a two-week turnaround time.   He has also developed the Global Talent Stream, which is used by more than 1,100 Canadian companies to hire more than 4,300 highly skilled foreign workers.   The Canadian Start-up Visa Program attracted more than 300 entrepreneurs who run about 200 start-up businesses that were launched in Canada.
admin July 17, 2019